Mette Rosleff was born in 1969 and lives in Hjorsthøj near Aarhus. She began working with children’s theater in the 90’s and for a number of years she participated in various theatre shows for children of all ages. In 2001 she created Theater MY, based on a desire to concentrate on performances for very young children. Theater My is a tour- and outreach theater, whose performances are played throughout Denmark, but has also been touring in a wide variety of countries, from the Opera in Sydney to Broadway in New York, the Far East and Europe.

Theater MY has created a series of notorious performances, such as “I remember everything” from 2015, “Little Steps” from 2011, “Songs from above” in co-production with Theater Refleksion, “Little Py” from 2004 and “The Land of the Sun” in 2001.

Mette Rosleff has been appointed by the Ministry of Culture for The State Artsfund Legate Committee for Performing Arts for the period 2016-2019. 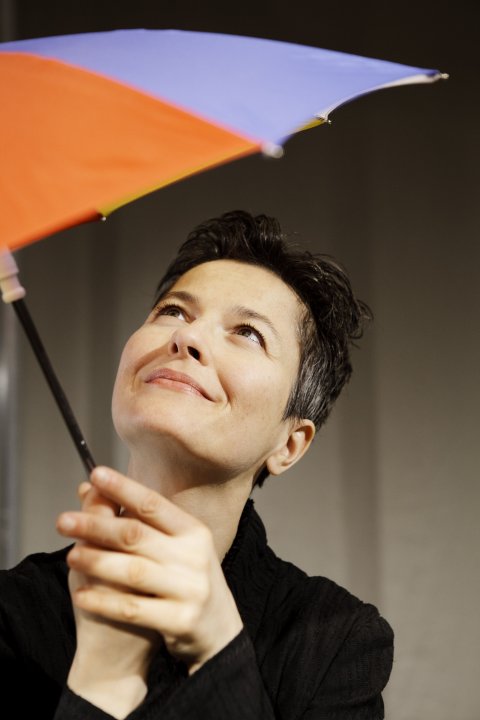 Mette Rosleff has received recognition in Denmark as well as abroad with prestigious nominations and prizes:

Nomination for the Year´s Reumert Award for “I Can Remember Everything”. This year’s children’s / youth show.

Nominated for the Year´s Theater Cup 2015 by the Danish Society of Danish Journalists.

Set to the Helpmann Award for Best Children’s Theaterstory in Australia in 2011 with “Songs from above”, which also played in Sydney Opera House.

Poetic, visual and musical touring theater productions for small children and the adults accompanying them.

“And the sun is always shining”